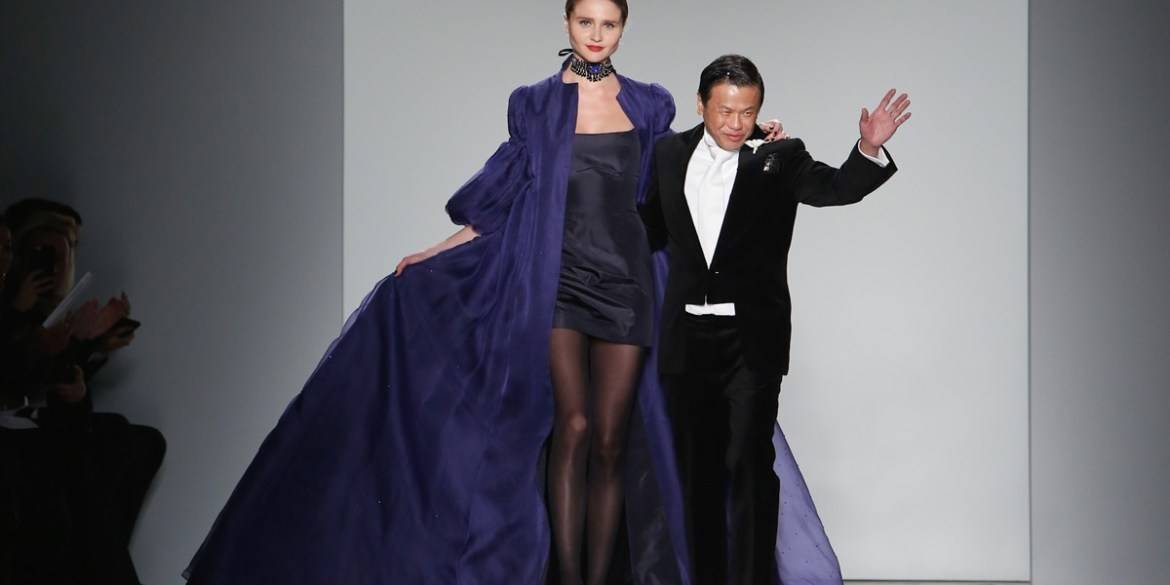 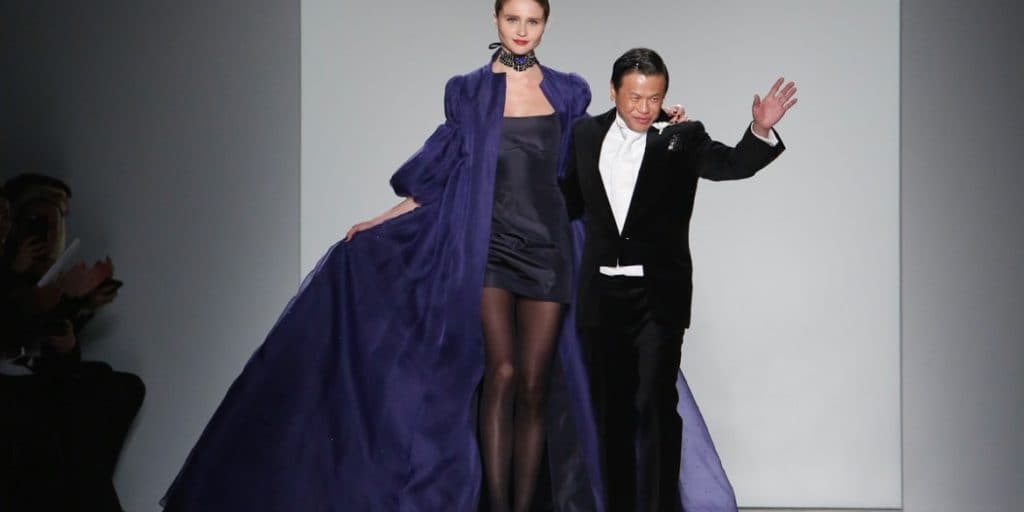 With the thematic overture of “Brilliant Royal Blue”, Zang Toi’s guests knew, in part, what to expect before the first model stepped onto the runway.  However, with chignons and red lipstick, models began to flow down the runway in exquisite designs that no one could have quite imagined.  Every single design made a proclamation that this collection was special because it was truly and simply exquisite.

The collection was divided into two parts: daywear and evening wear.  Muted colors, especially those designs presented in all black, showed off the intensity of the royal blue theme.  Some daywear designs consisted of leather pants, jackets with fur on the sleeves, a double-breasted black satin jacket, and cashmere loungewear, both in black and in white. Throughout the collection, models were wearing royal blue tassel necklaces and chokers.  Toi introduced his emblem on a royal blue long sleeve shirt as well as a royal blue dress which personalized the collection and provided a greater connection with the designer.  Finally, Toi revealed a brilliant white pantsuit with faux fur around the collar as well as a black jumpsuit with a silk blouse as an underpinning and a necklace with a stacked tower of pearls.

Zang Toi’s evening wear was simple perfection because it is exactly what a sophisticated woman would want to wear.  The collection was on trend because it consisted of capes, trains, and puffed sleeves and also classical in that it included strapless necklines and ball gowns.  This amalgam resulted in designs that are well-suited for the modern woman.  For example, a black velvet jumpsuit and matching cape with royal blue inlay was quite eye-catching.  The finale consisted of a billowing royal blue cape with puffed sleeves that was as spectacular in grandeur as it was in beauty. 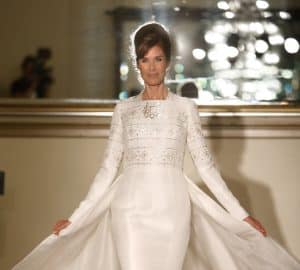 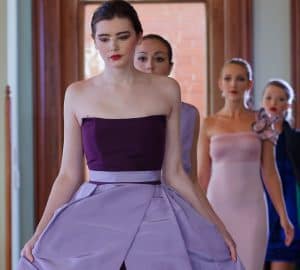 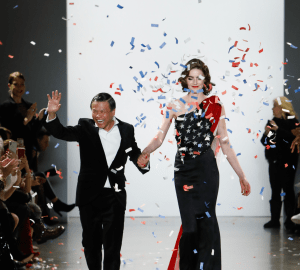